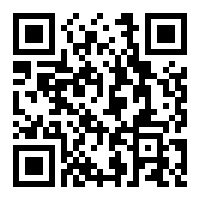 Content
Description of place
Audio
Gallery
Other attractions and tips

The Šipka cave is the best-known karst formation in the Štramberk area. In 1880 Karel Jaroslav Maška, a schoolteacher and archaeologist from Nový Jičín, found the lower jaw of a Neanderthal child aged between 8 and 10 years in a rock alcove in the oldest inhabited part of the cave formation, on the edge of an area that had been used as a fireplace in prehistoric times. This amazing find – just 24 years after the discovery of a skull and bones in the German Neanderthal valley – made Štramberk famous all over the world. Maška had already found a set of bronze items from the Late Bronze Age, and in 1880 he also discovered the Šipka cave. His research and archaeological finds proved that the cave had been inhabited alternately by prehistoric hunters and large predatory animals.

Archaeological digging found around 80 thousand bones and teeth in the sediments on the cave floor, from various animals. The most recognizable pieces belonged to a bear, which evidently used the cave as its den. Other animals whose remains were found at the site included cave-dwelling lions, hyenas, woolly rhinoceros, mammoths, bison, aurochs, muskoxen, leopards, wolverines, reindeer, and elk. Remains of 130 different animal species were found in the cave.